Sometimes a staycation is just the vacation you need!

We had a forced staycation over the holidays thanks to a failed buddy pass attempt. We were mostly lazy but managed to get a few household things done.

I felt the need to throw in a few projects during the week so I didn’t feel totally worthless sitting around all day.  I came across this image on Pinterest and found my project!

Mine didn’t turn out nearly as cute {and it didn’t help that my mugs weren’t straight all the way up –  making it nearly impossible to tape a straight line around the curves}.  I had nearly the entire quart of chalkboard paint left over after the chalkboard project here and this used very little.  Two coats later and they were done.  I must say I’m not entirely sure this paint will hold up in the dishwasher but it was a pretty quick project. 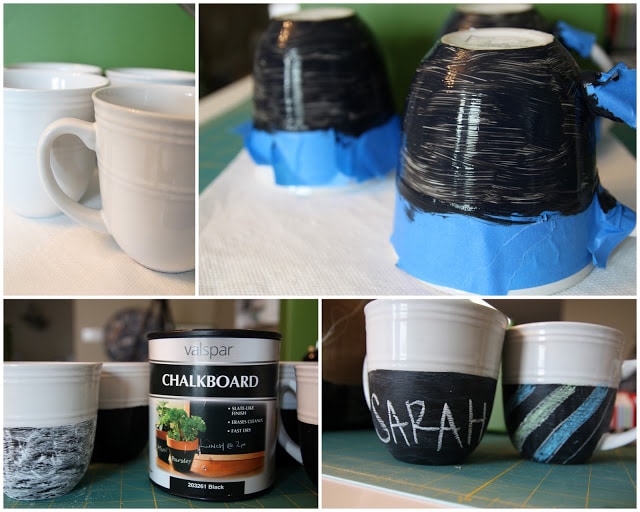 On Friday we jointly worked on cleaning out our ‘junk room.’ If we move forward with the hardwood floors, this was a MAJOR undertaking that had to get done first. Case in point. Here is the room a year ago – when it was pretty clean! 😉 Yikes. Admittedly it is scary but it is the only room we have where the cats don’t have access.  The husband says I’m a hoarder.  Clearly it had just become a dumping ground and where home decor goes to die in our house. Its also the husband’s “office” but I don’t have a picture of the state of that side of the room before we started cleaning.  It was a hot mess too. 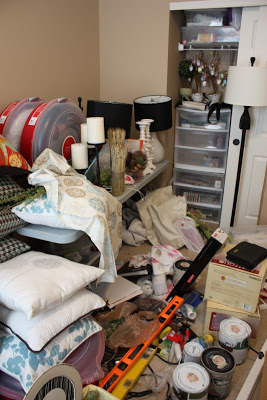 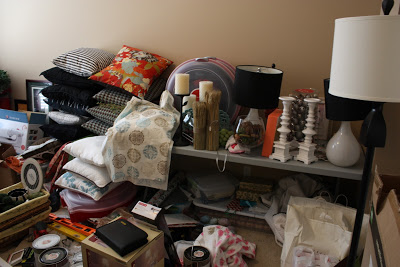 There’s no after shots but the good news is it is clean and we got a bunch of handy plastic totes to store most of it in the basement.  Such a relief for both of us!

Here’s how we found the Hawkieman chillin’ while we were hard at work cleaning.  He looked like Superman when we walked out and saw him sleeping like this.

The husband worked on a project of his own.  He decided to build a work bench in the basement out of scrap materials we had.  Ultimately he is going to add pegboard behind the station to hang up all of his tools.  It turned out great! 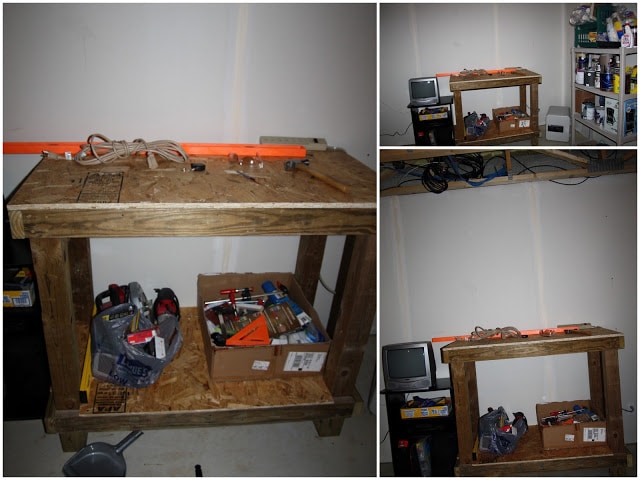 After this little staycation, I think its safe to say we will be dieting and working out from here until March.  We actually started our workouts today – 30 Day Shred for me and P90X for the husband.  We both nearly died.  The good news is we took before pictures to motivate us.  Add to the fact neither of us had showered since Saturday night and I think they will make for some really dramatic before and afters when we get to March!
0shares