We have had a serious problem for some time now with the backs of our two oversized white chairs.  On most days the backs of the chairs were covered in hair and sat on so much {by the cats} that they were completely ruined and did not hold their shape – and the hair would totally get into the weave of the fabric making it impossible to get off.  I had looked into new foam and batting and nearly died at the price and was at the point of just buying new furniture.

Today it was only one cat but on many days it would be all 20 lbs of Henley and Hawkeye together and on a really bad day Bearcat would jump on.  The back seriously can’t even sit up straight anymore: 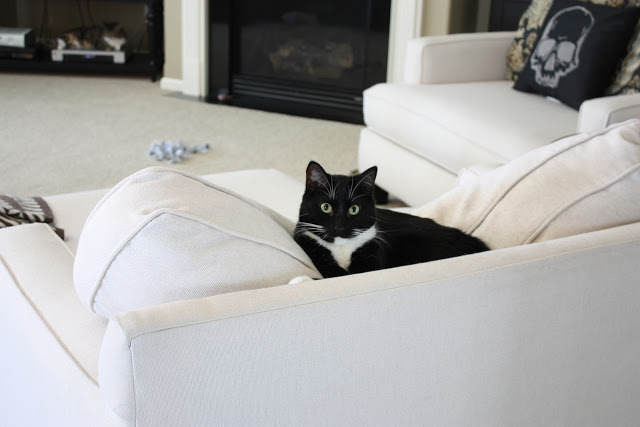 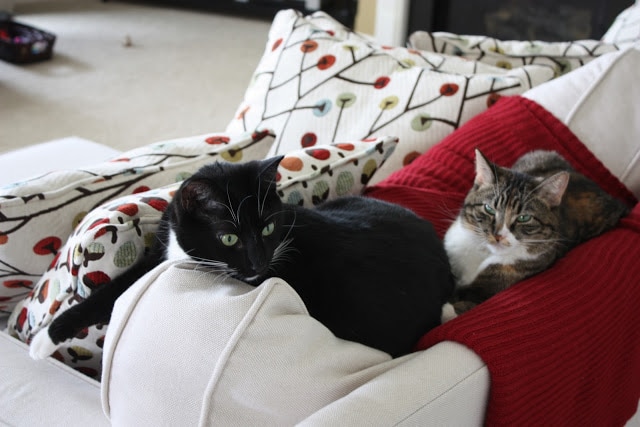 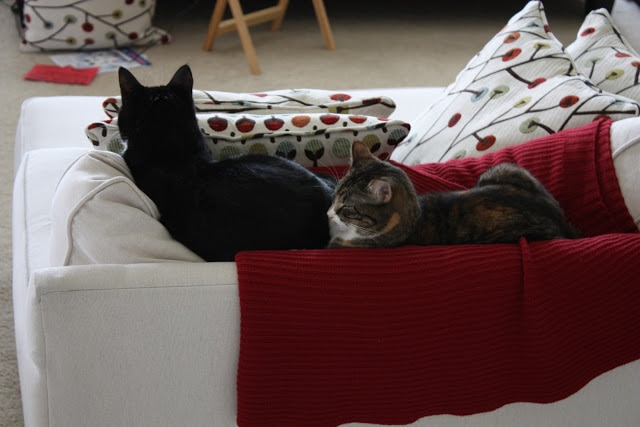 I had bought this fabric {Kravet’s Lutron in Mahogany} when I bought the red felt for this project.  I found it in the remnant bin for $6 a yard {they only had three yards left}, and since it is a Kravet, I knew that retail was a LOT more {it turns out it is $30 a yard}.  I thought it would be a great way to incorporate the brown leather sectional with all the black and white in our kitchen.  It also has a great gray and gold accent and is a linen weave.  So much prettier in real life than the swatch below. 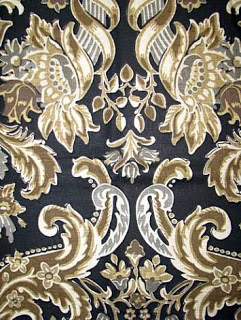 When I told the husband I was going to make some throw pillows for the chairs today, he actually suggested I make new backs to the chairs with the pillows {since ours were beyond ruined}.  I loved it!  Five hours later here are the results {I made them slightly looser than I have in the past but still went with the 24×24 pillows}.  As an FYI – I think it needs a small pillow in front but I simply used our skull Halloween pillows turned backwards for today’s photo shoot 🙂 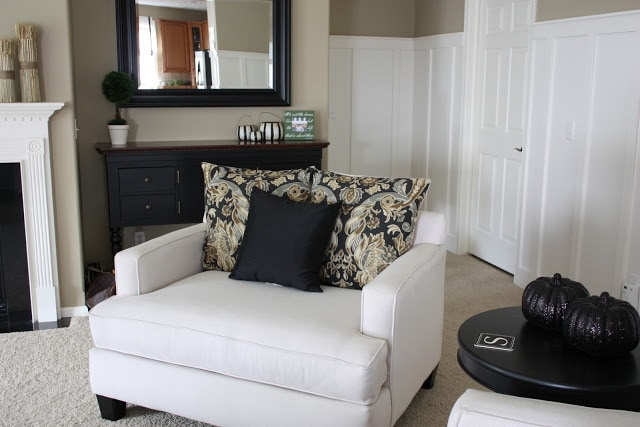 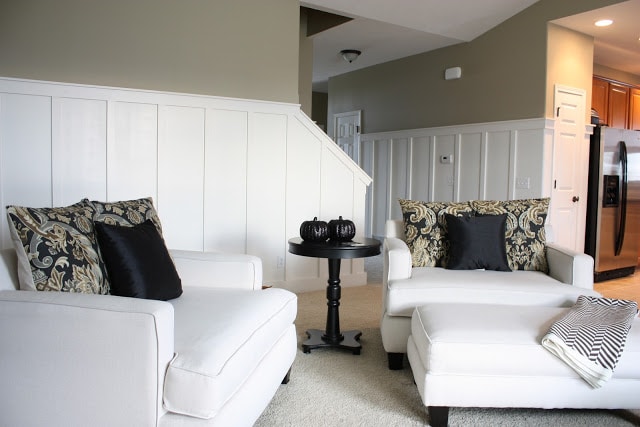 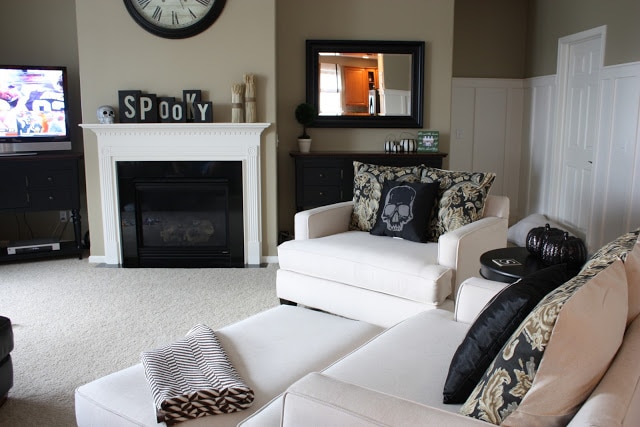 The back are from the “curtains” I made here but ended up replacing with the white. 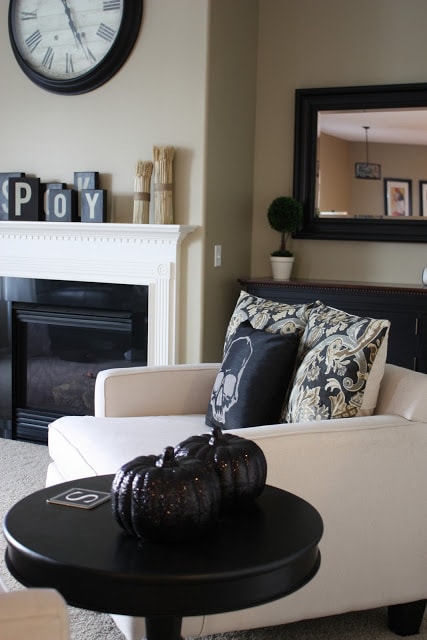 I love that you can see the black on the newly painted front door in this photo {and that it all coordinates so well}! 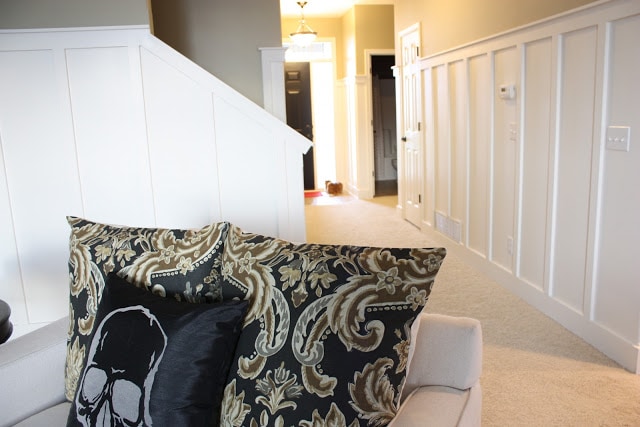 We have already caught Hawkeye trying to figure out how he is going to sleep here.  I sort of feel bad.  But, not really given that it looks much less WT now.

The nice thing is I can now pull these off whenever I need to a wash them and replace the fill if they get too matted down.  I could also make additional covers if I get extra ambitious so I can change them out seasonally!