This is a continuation of my travel series covering our Mediterranean cruise in July of 2010. See my Mediterranean Cruise Day 1 post for the introduction. At the end of this post, you’ll also find links to all days and ports of call of the cruise. Today focuses on our day in the port of Villefranche, France and Monaco. I’ll be sharing our highlights below.

Day 8 Highlights:
Quite honestly, France had a lot to compete with after all of our amazing days in Italy.  So, keep that in mind when I say it was my least favorite of the countries visited.  However, it was still amazing and really ended our trip on a good note.
The port of Villefranche is perhaps the most beautiful I have ever seen.  Especially on this cruise where the ports were actually industrial towns and then we would have to drive a ways to see the beautiful cities.  In Villefranche, we took a tender {a small boat} to get to the dock.  Seriously, how fake do these photos look?  You can’t even make up backgrounds that look this amazing. 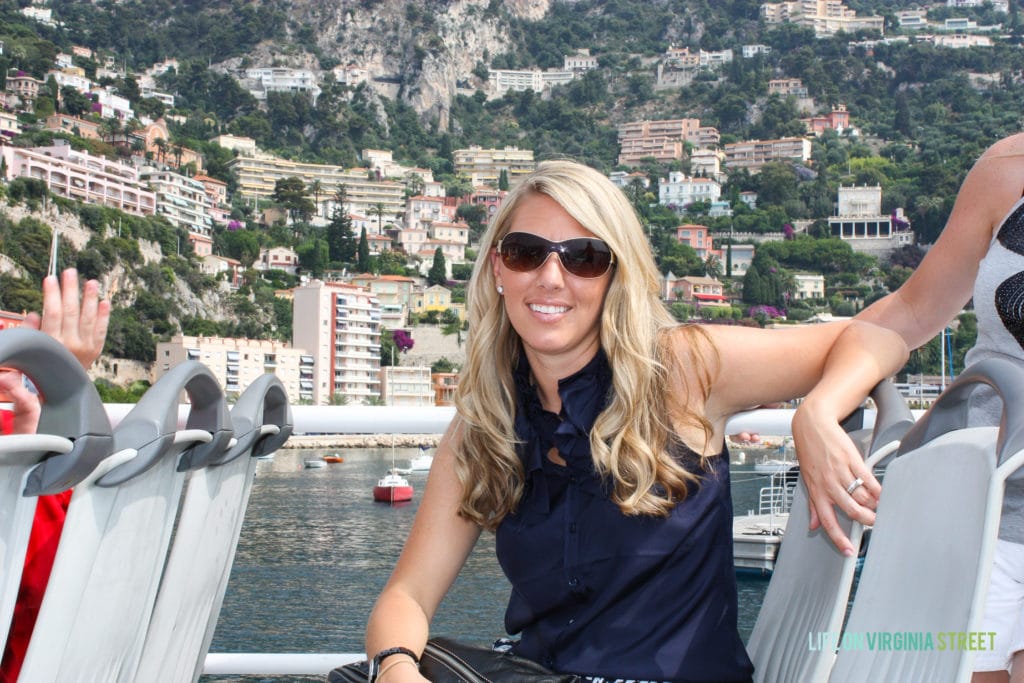 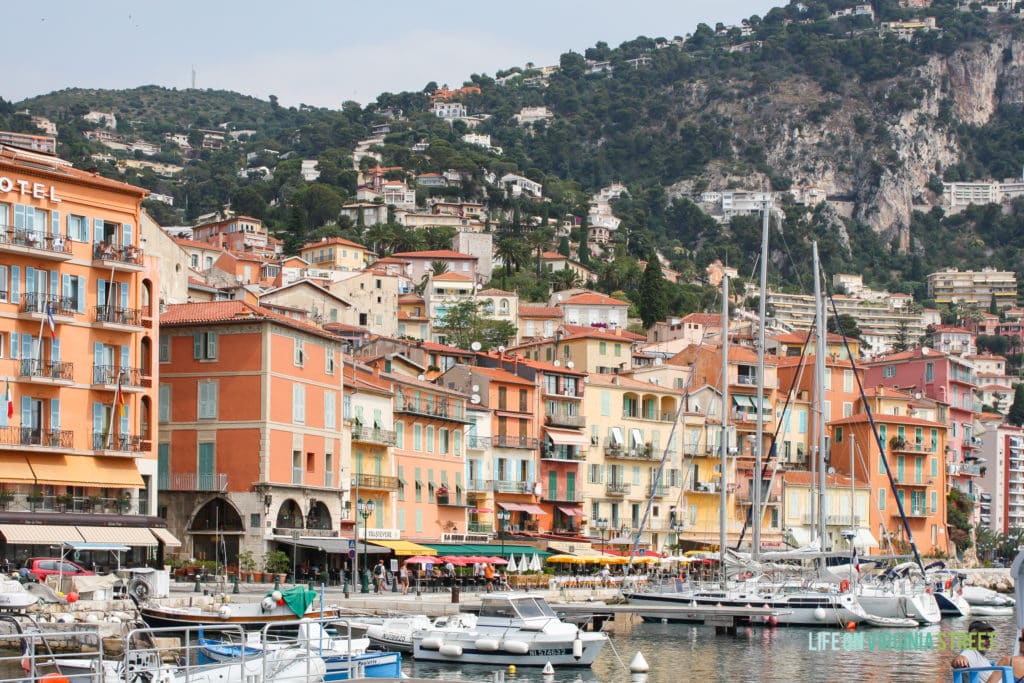 This was the only port that we did not book an excursion for.  So, we were on our own.  One of my co-workers recommended we leave this one to handle ourselves based on the exceptional train service.  So, my husband and I hopped the train to Monaco, visiting the fifth country of our trip.  Granted the train ride was a total of six minutes, but we felt pretty cool. 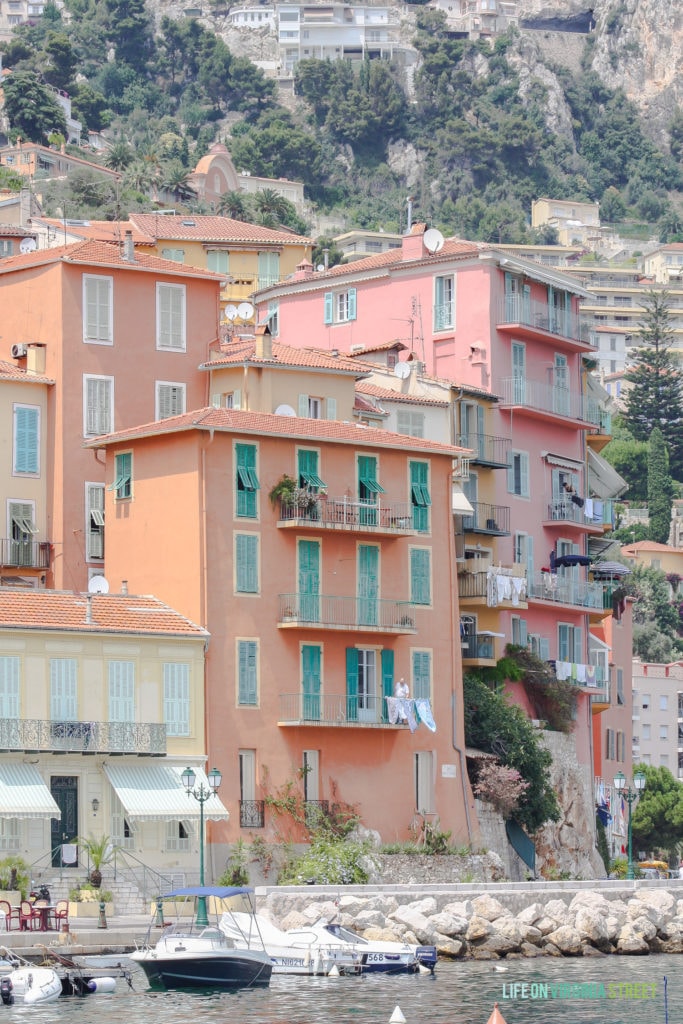 Monaco is unlike any place I have ever been.  The wealth is immediately obvious.  We snuck a peek at the Monte Carlo Casino. They wouldn’t even let us in the hotel from Iron Man 2, the legendary Hotel de Paris, because they had guards standing outside only letting the guests in.  We saw some dude in his linen suit and turquoise silk scarf and bow tie stroll in with his grandson {or maybe son} and you could tell he was some oil tycoon or something equally as lucrative.  The cars were from another planet.  We saw Mercedes we didn’t even know were invented along with Bentleys, Lamborghinis, Rolls Royces, Maseratis, etc.  Unreal. 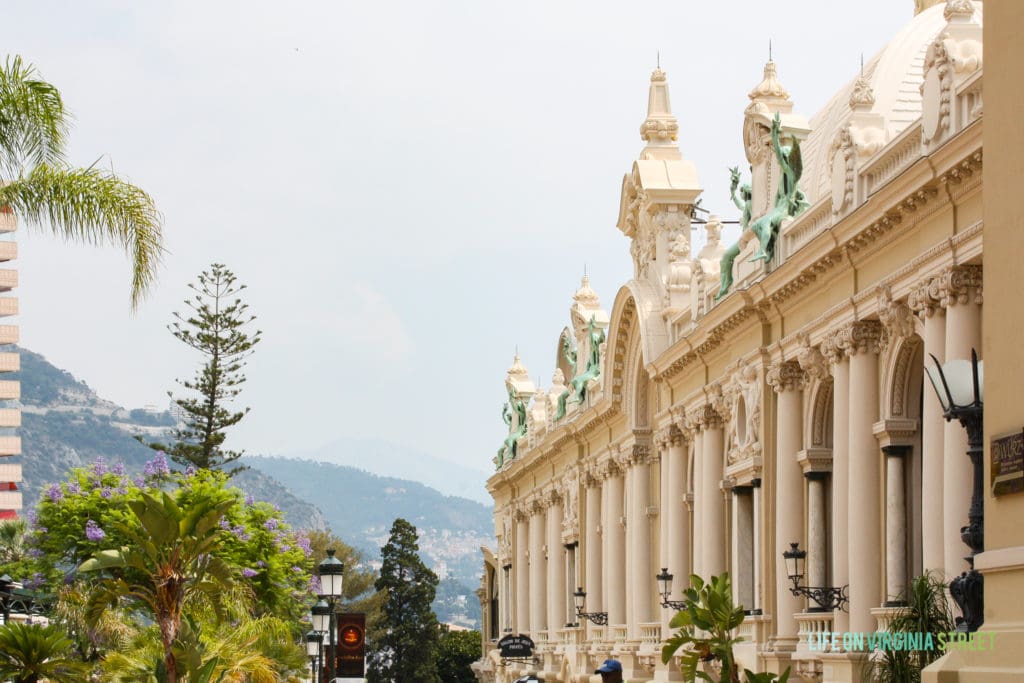 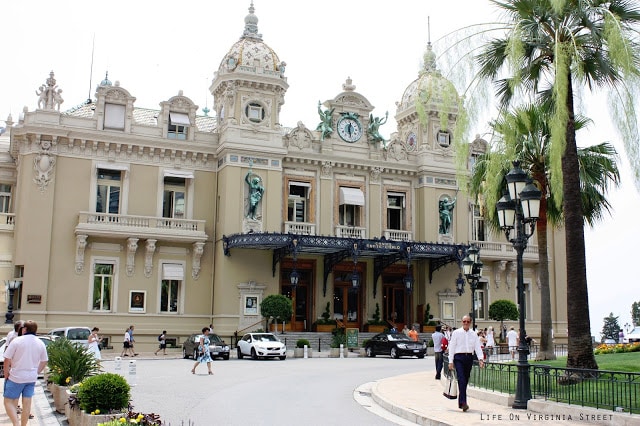 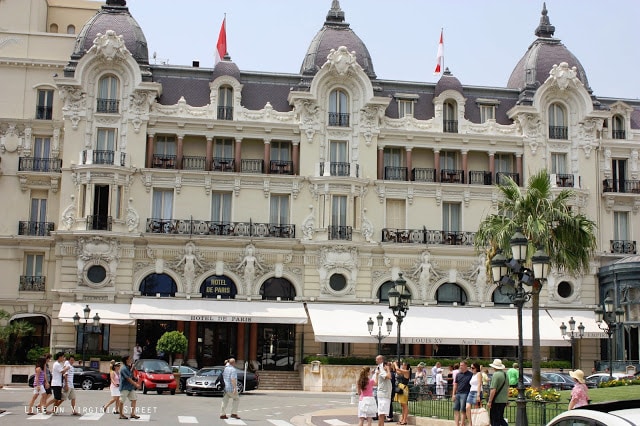 Once we had our fill of pretentious rich people {which was after about 20 minutes} we headed back down the hill to hop the train to Nice.  We were going to go to Eze but just did not have the energy after the late night and the extreme heat in Villefranche.  We got to Nice and thought it looked much too large/dirty/etc. and really too far to the beach so we got back on the train and went back to Villefranche.  I literally could have taken photos here all day ~ it was that beautiful. 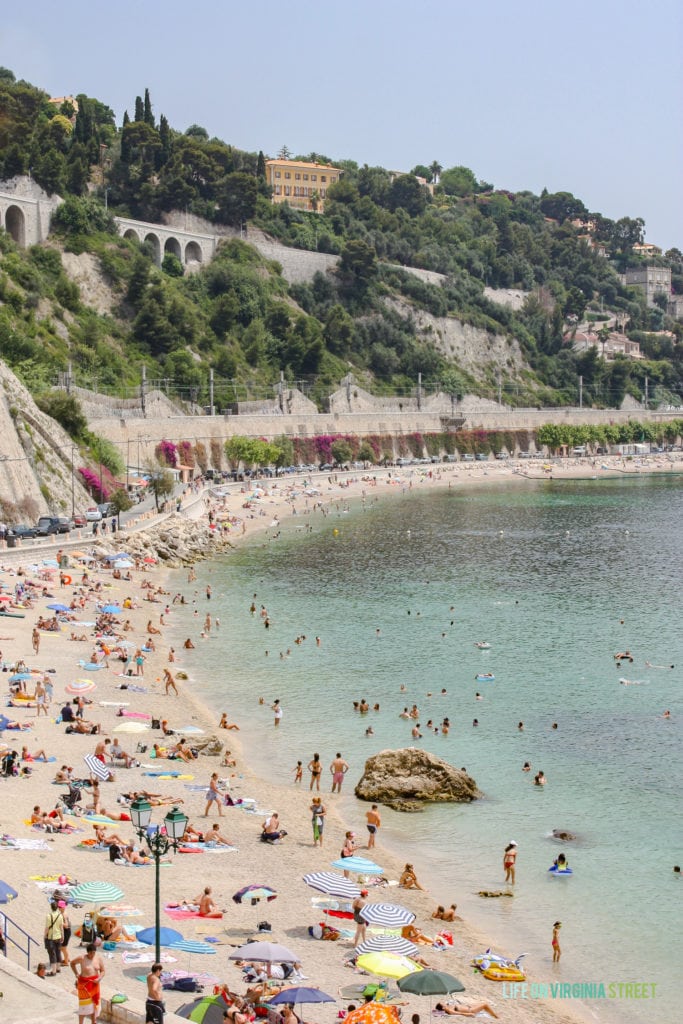 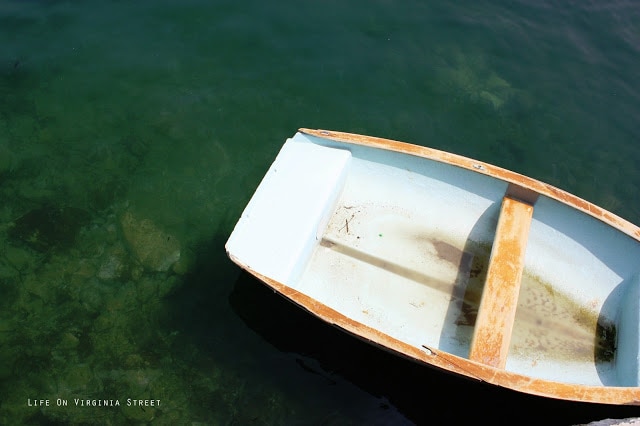 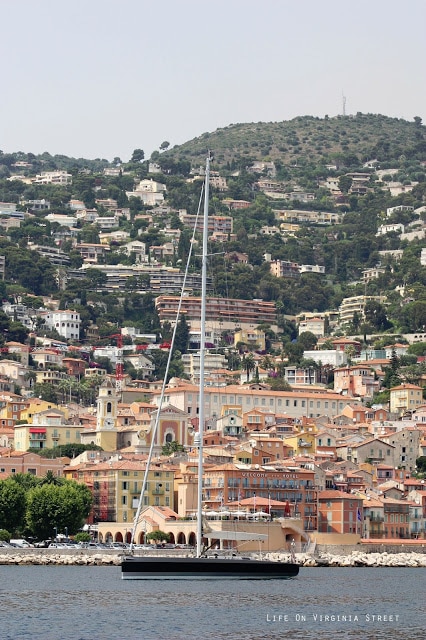 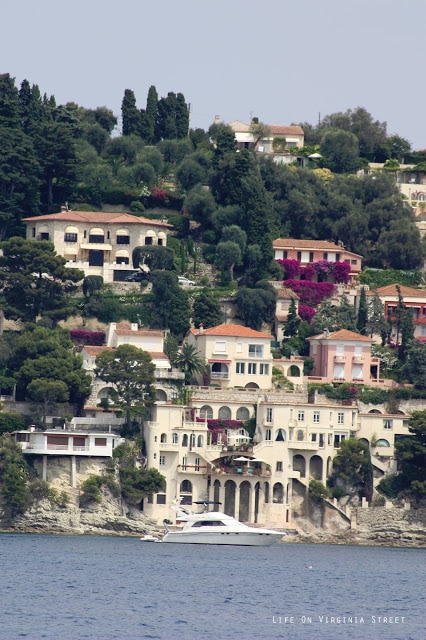 Needless to say, we were on shore a total of four or five hours.  It was beautiful but after the prior three days with solid itineraries it was nice to just sit back and relax.
Last stop – St. Tropez, France!
To see the full trip be sure to check out any of the days on our trip by clicking the links below: