I was sick this week {including over the weekend but it got worse Monday}.  Today was my first day back ALL week.  It is funny because in the nine years I have worked for my company I had previously only called in sick three times.  And then I go and ruin it by calling in sick three times in one week!  I am NEVER sick.  Turns out I had an upper respiratory infection and double ear infection. Nothing a little antibiotics won’t cure 😉

The first two days I was miserable.  But yesterday I was energetic enough to sew one of my Windsor Smith Riad pillows – and really, I will likely make only two or three more {not 5,000 as the title suggests}.  Let me tell ya’.  It was scary cutting into fabric this pricey.  And, I attempted a zipper for the first time ever.  But, thanks to this amazing tutorial it was cakewalk {except for the part where I sewed into the zipper and had to cut out all the thread}.  I will definitely use these directions again in the future.  It is actually easier than the envelope instructions I have always used because there is less cutting.  I am the worst cutter ever.

Anyways, here are the pics.  I took them at the worst time of day when the sun was shining right through our blinds.  But you get point.  And don’t mind the furry creatures interrupting my photo shoot.  Oh, and make sure to note that I karate-chopped the pillow just like all the pros do. 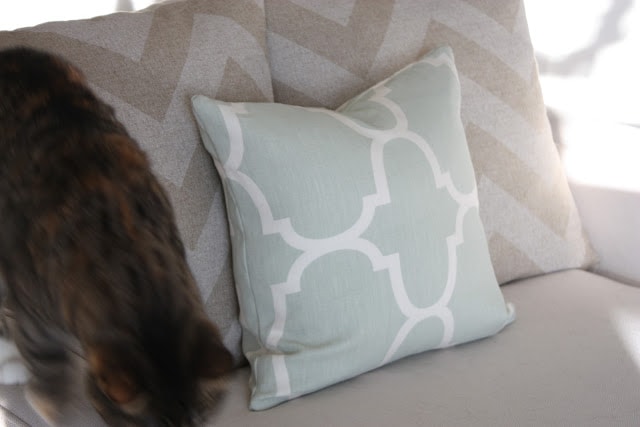 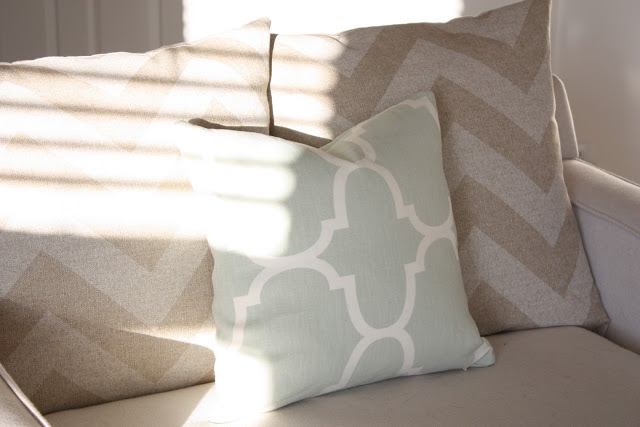 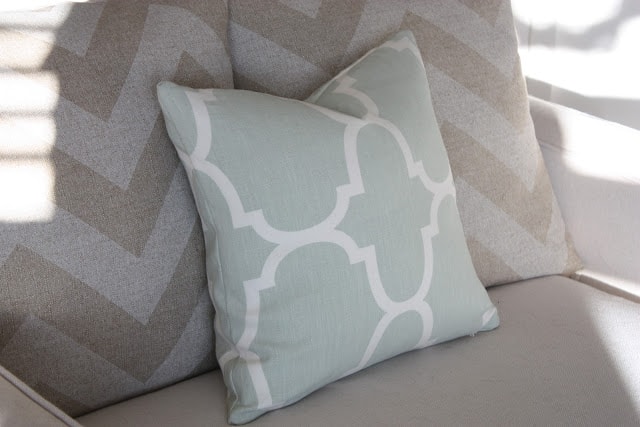 And for those of you that asked on the last post, the bonus room curtains are made of DwellStudio’s Bella Porte in Midnight Fabric.  The chevron pillows are made of Premier Prints Zippy Texture in the color Cloud/Denton.  I bought both off of fabric.com for much cheaper than retail price {plus they have free shipping on orders over $35}. 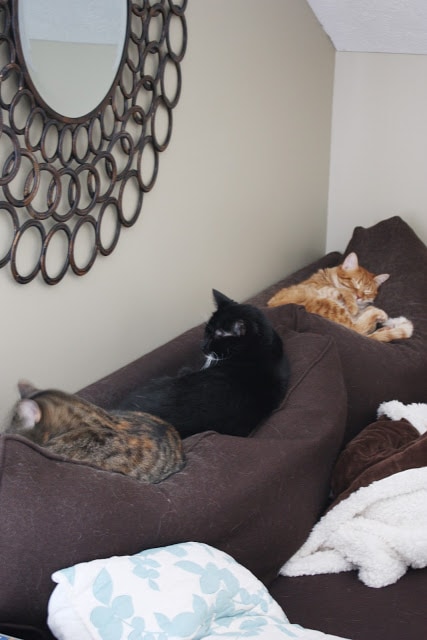 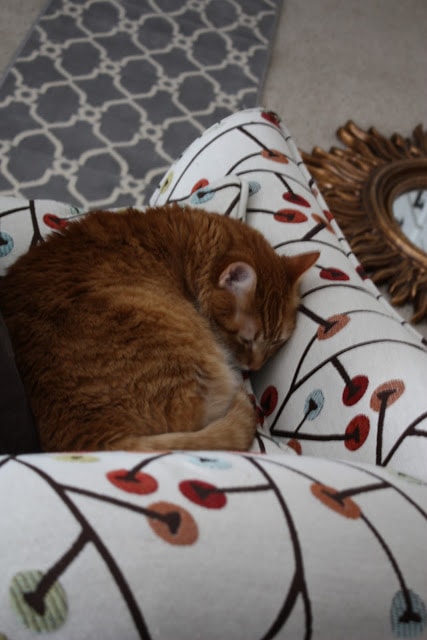 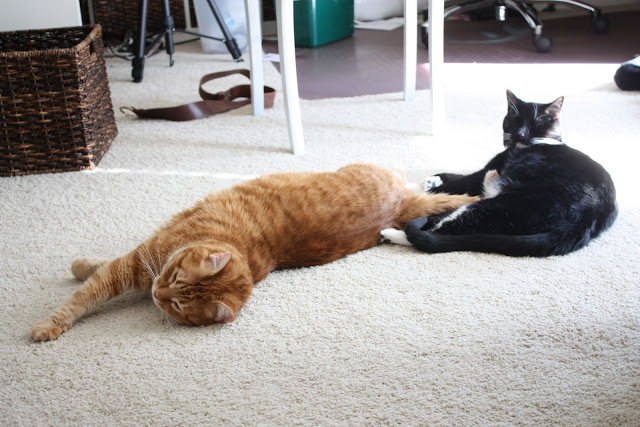 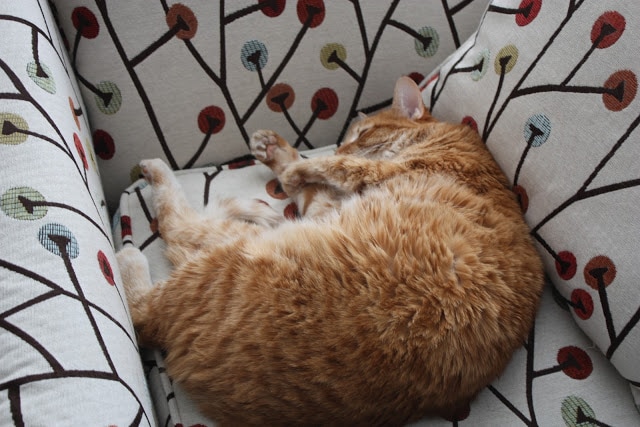 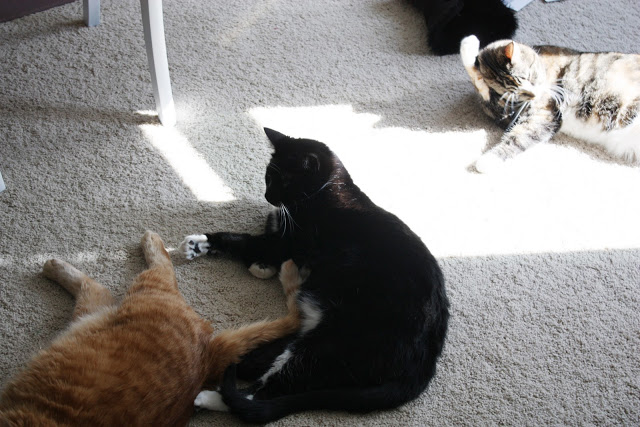 It’s actually pretty nice starting your week on a Thursday.  Its practically the weekend!