Henley and Hawkeye had their one year vet check-up and vaccinations today (they are actually about 15 months old but their appt was today).  I couldn’t have been prouder.

First let us backtrack to Bailey and Bearcat’s one year vet check-up, this same time two years ago.  Our normal vet was off that day so there was a substitute vet.  She was a complete biatch, and that is putting it nicely!  She essentially told us that they were grossly overweight, we were overfeeding them, and that Bearcat was going to get diabetes, have to get insulin shots daily, his liver (or kidney, I can’t remember which) was going to harden and turn fatty and his body would eat it and he would die.  I AM NOT KIDDING.  She was that blunt.  The husband and I left near tears and felt like the worst parents ever.  Since that time, we have likely given Bearcat a total complex about food and his weight and dieting.  RIDICULOUS!  Here’s a picture of them around that time. 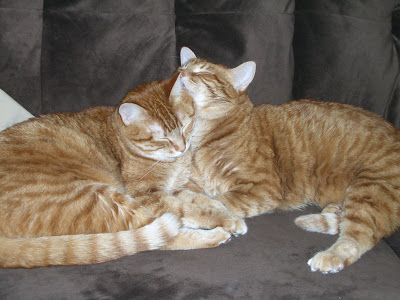 Back to the present.  We were convinced that something was wrong with Henley and Hawkeye because they seemed so little.  The husband told me to ask if we stunted their growth by feeding them human food.  However, the REAL vet told me today that Hawkeye was literally a PERFECT SPECIMEN for all cats.  He had the perfect amount of fat and was built exactly how she thought a cat should look.  Henley also looked perfect for a girl cat {they are obviously a little chubbier}.  I was beaming.  I couldn’t resist telling her that Hawkeye even knew how to open doors, too.  Seriously.    It was like I was defending them and myself and make sure she knew how great they were.  This is how badly that other vet scarred me. 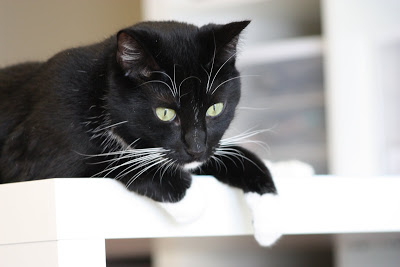 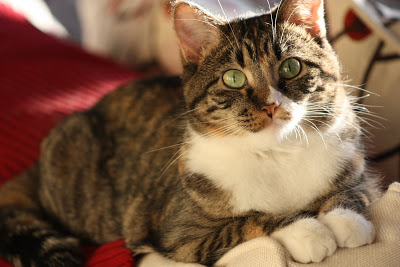 Hawkeye weighed in at 11 pounds 6 ounces and Henley weighed in at 9 pounds 5 ounces (we honestly thought they were still in the 7’s – they seem so small!).  B+B don’t have their appointments until March but we are guessing Bailey is around 13 pounds and Bearcat around 16 or 17 (their brothers are all this big too).
LONG story short, I am now just considering B+B big-boned and completely normal for their genes.  H+H are just smaller cats and the rights size for their genes.  I’m SO over it.  I love them all just the way they are! (Below, the girls are on the left and the boys are on the right so you can see the differences).  And, for the record, I still think that other vet is a total biatch. 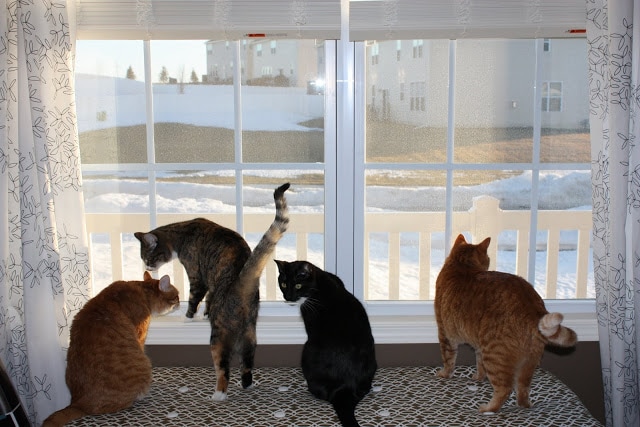