This past weekend and today, our yard got some much needed trims. First up, the mint {I can’t remember the exact type}, that I previously thought was lavender, had literally taken over our front walk. Secondly, the yews were growing like crazy and had random spikes everywhere {it’s harder to see the difference on this because of the ornamental grass growing from behind which is also green}. Now everything looks much cleaner! 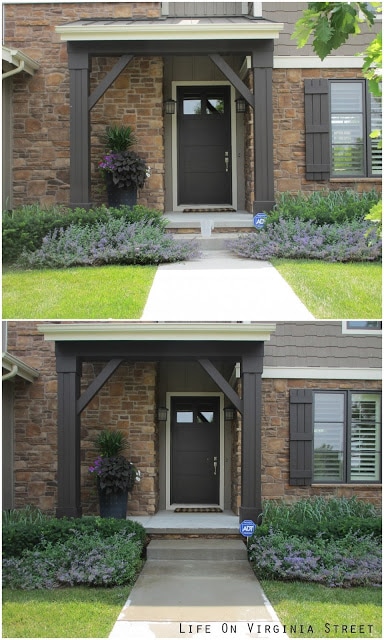 Next up, our oak trees in our front yard had branches removed to make the clearance underneath close to six feet high. I was nervous about this change because I love trees and the privacy they provide but it really does look much better/cleaner from the street now. The first two shots are true before and afters from the semi-same angle. On the top right is a before and below is an after, but obviously from different angles. And clearly now I see a LOT more bushes I need to get to trimming. 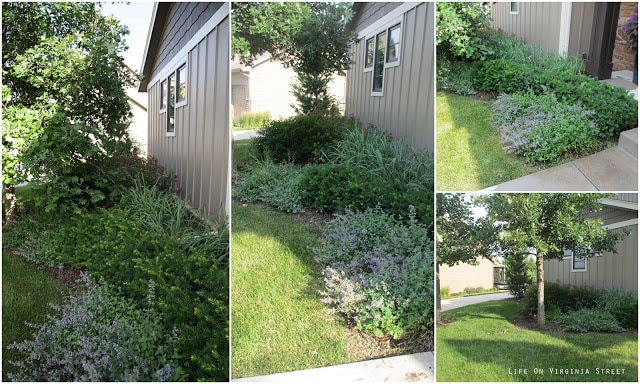 The birch trees on the side of our house also got cleaned up and some broken branch up high were finally removed. This trim job also help clean up the overhang into the courtyard that is on this side. The second photo shows the front of the house from another angle and you can see how much cleaner everything is. 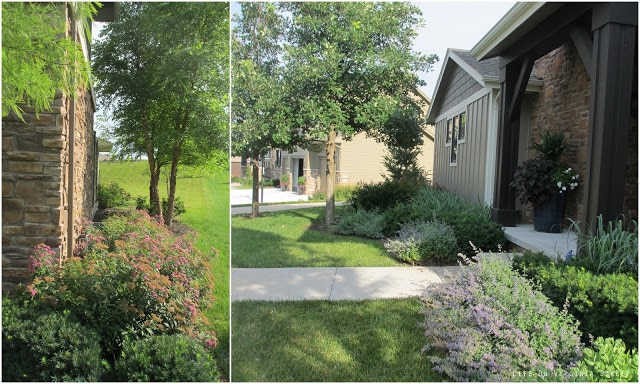 While the tree guys were here they also removed our dead pine! We have been staring at that for seven months too long!

And check out these befores and after. The first shot (on the right) is from the day I planted the front porch planter. The one below is when I added the tropical spike (the day we redid our courtyard – planter shown here) and the large photo is the planter today! All I have done to this thing is water occasionally and I had sprinkled some Oscmocote in it early on. Crazy! We actually tried to spin in this weekend because the purple potato vine has taken over the front of the planter – as you can see above – but this bad boy weighs at least two million pounds. 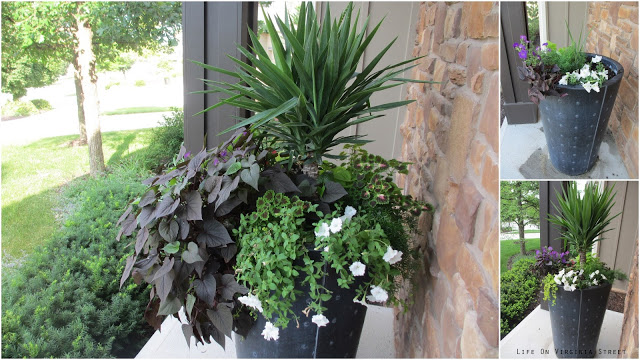 Here’s the courtyard versions of the planters. Equally as crazy! Again, just some water and Oscmocote and they are thriving! 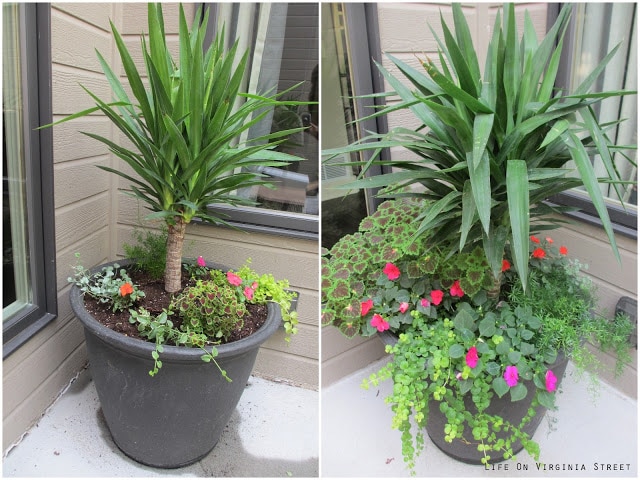 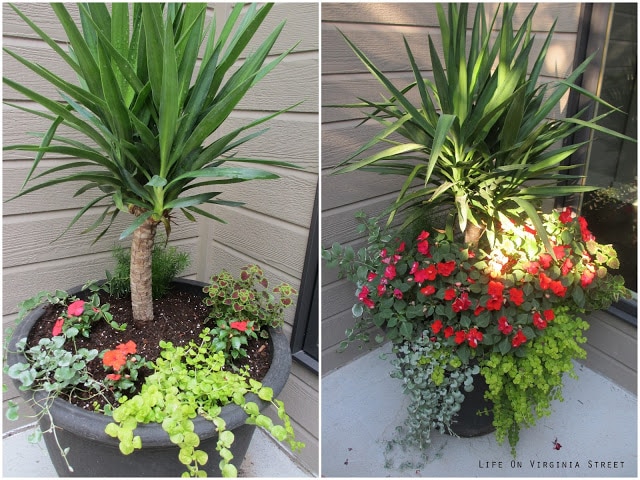 Slowly but surely we’re getting there. Maybe by fall our yard will look halfway respectable!