The move was challenging, to say the least, but we made it and are loving our new home! The day of the move {last Wednesday}, we were in a winter storm warning as Draco made it’s way to the Midwest. We were able to move up our closing time to 11:00 which worked out well, because at 4:00 {the original time} we were in a full-blown blizzard warning.

The movers arrived around noon with two trucks and seven men {originally they were only bringing four}.  There was rain into the early afternoon, but you can see it quickly progressed to snow as we wrapped up at the old house and moved onto the new house. 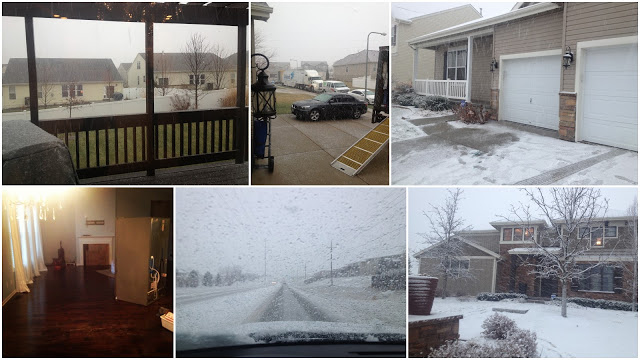 We wrapped up the move around seven that night, but had to leave a lot of items behind because the trucks were full. That night, one of my co-workers surprised us with Chinese food – maybe one of the best meals of our lives because we were so famished! And thankfully the snowblower made the truck over, or we wouldn’t have made it out the next day! 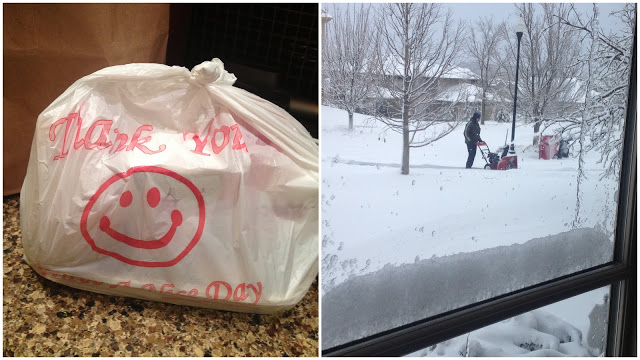 The husband and I went back the next morning after he finished snowblowing our driveway and collected the majority of the remaining items, just as my parents flew into town and took a cab out to the old house.

We had a great weekend with my parents {they flew out around noon today} and we also got a lot of unpacking and a few projects done. More updates to follow soon! Merry Christmas – ours will certainly be a white one!