Create a welcoming vibe with this adorable spring wreath!

Today I made a darling spring wreath for my front door while the husband had the most important day of his year {fantasy baseball draft for those of you that weren’t sure what that entailed}.  I mostly followed the tutorial found here – however, her directions are for a 10 inch wreath and mine was 18 inch, so I pretty much had to double {or triple} the neutral coloured fabric used as I went along. 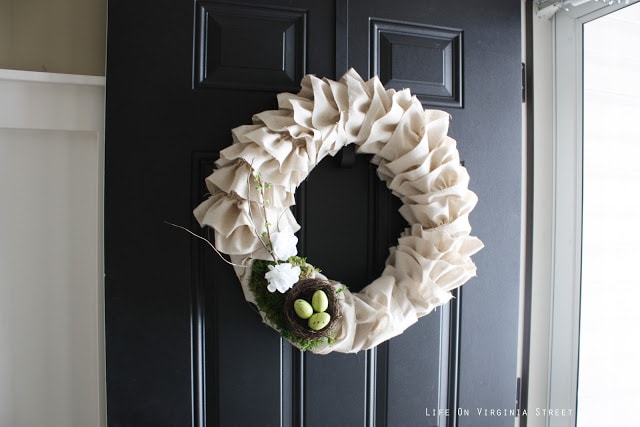 The supplies {although I didn’t use nearly the stuff I set out}: 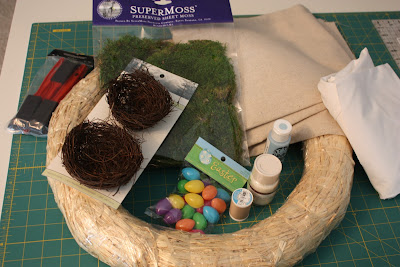 The only bad part of the project?  My front screen door won’t close – regardless of how hard I pushed – so I had to move it inside.  Introducing, the world’s most crowded mantle!  Don’t worry – its only temporary until I find a place to put it so the cats don’t mess with the pretty spring wreath! 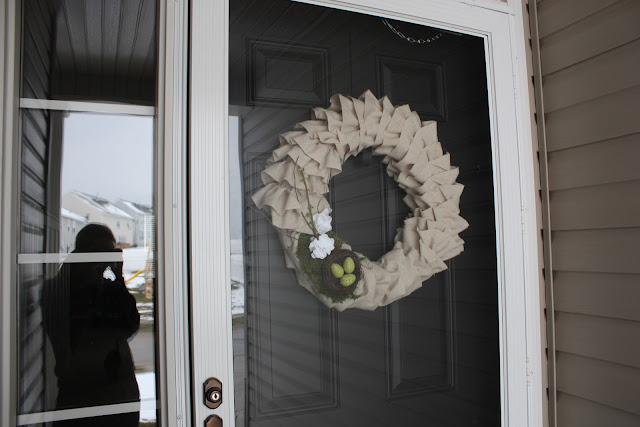 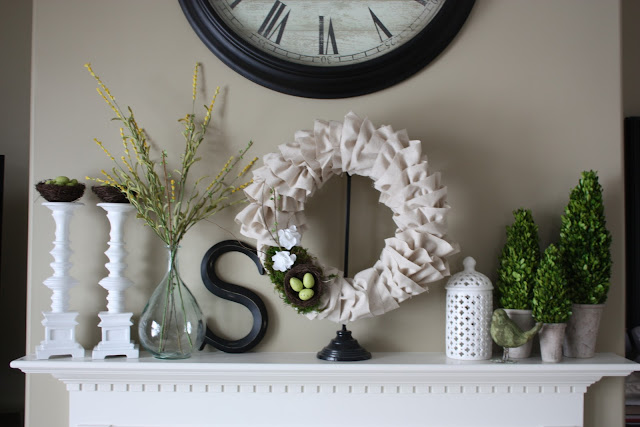 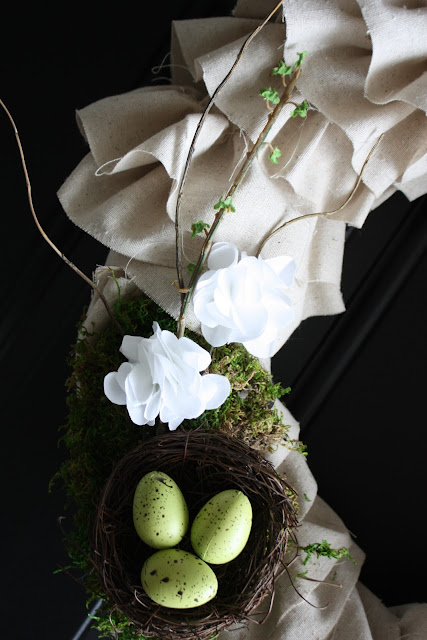 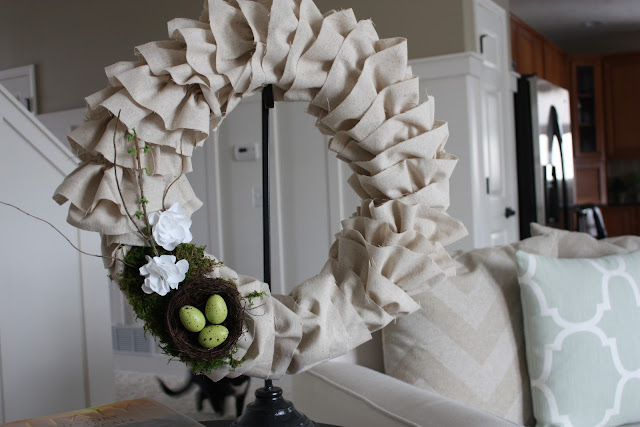 This is a really cheap project and took a little over two hours, start to finish:
straw wreath – $1.99 {bought while half off at Hobby Lobby}
moss – $3.99 at Hobby Lobby {I only used about 25% of the bag though}
bird nests – $3.99 for a pack of two
eggs – I had on hand from last year but you can see in my supply photo I originally bought a bag of plastic ones along with some glitter to copy Emily – I like mine equally as much though
sticks – pulled from arrangements around the house although you could just as easily get some from your yard
I have had all the fabric {still using remnants from the living room curtains – unbleached muslin – and dining room roman shade – a heavy white material}
I think it is darling and so cute for spring!
32shares