Fall officially made itself known this past weekend. And not the beautiful type of fall in the low 70’s. We headed to Lincoln on Friday night for the Eagles concert {I might be the world’s biggest fan} and it was 88 when we left and the temps were in the 50’s by the time we returned. The remainder of the weekend never got higher than the mid-50’s and we saw low 40’s overnight. It felt like winter! But the concert was amazing! 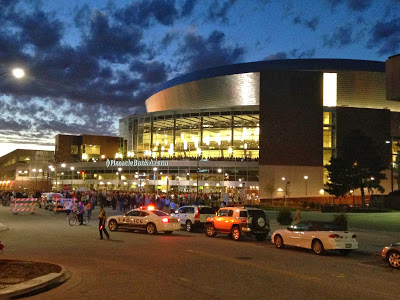 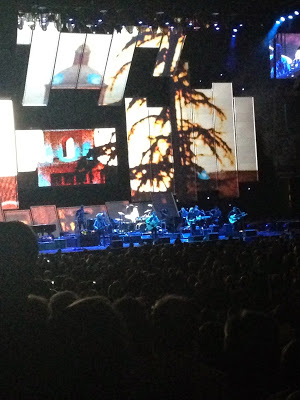 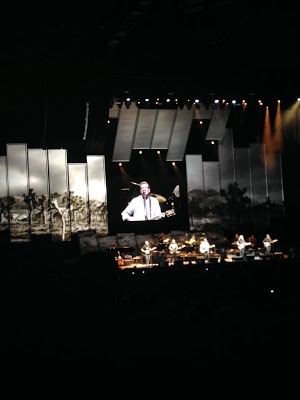 Knowing it would be chilly when we walked out of the concert, I wore this J Crew Lace-Front Sweatshirt {it seems more crocheted to me than lace but whatev}. It is seriously my new favorite shirt. It makes a sweatshirt look fancy and it could not be comfier. It’s definitely more heathered/oatmealy than cream as the first two photos below suggest – the third photo is much more accurate. It was on sale at my store for $59.99 {down from $88} plus they were offering an additional 40% off sale. Score! 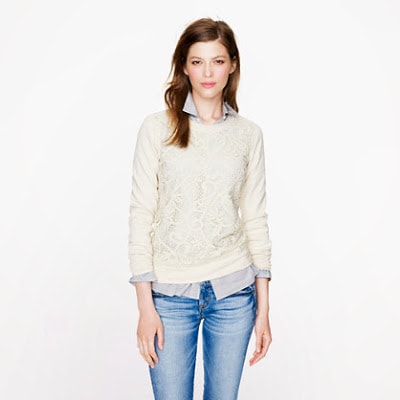 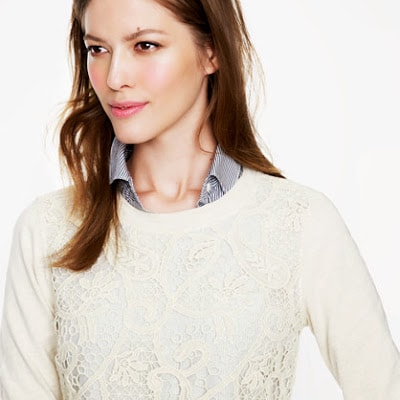 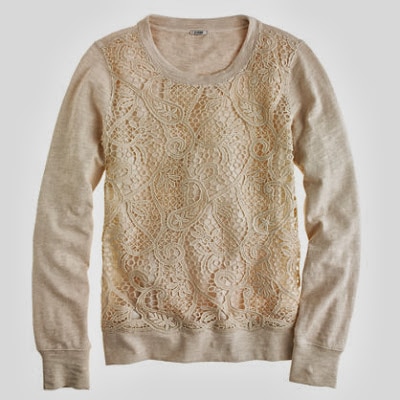 With the colder temps, I know that next weekend I have to be sure to tear out my summer planters. Definitely a sad day, especially after how great they turned out this year. 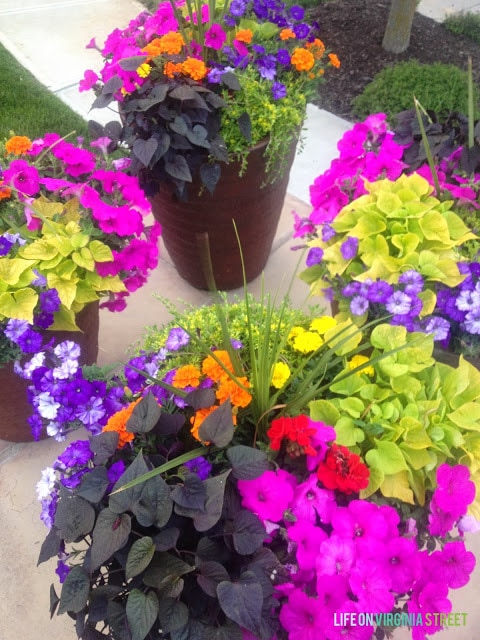 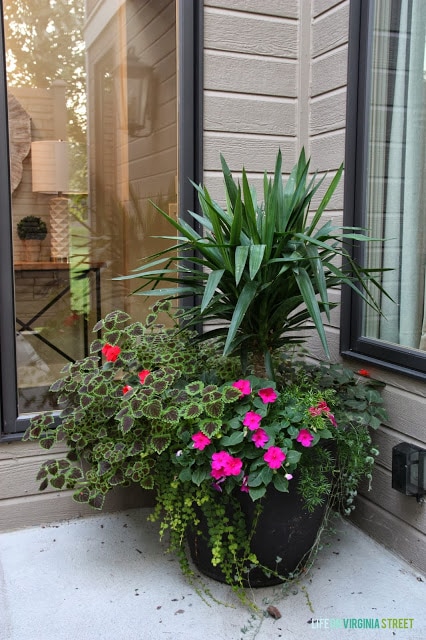 I want to experiment with some fall planters this year, something I have never done before. This picture was taken of our house on October 20th last year {after we had purchased but about two months prior to us moving in}. 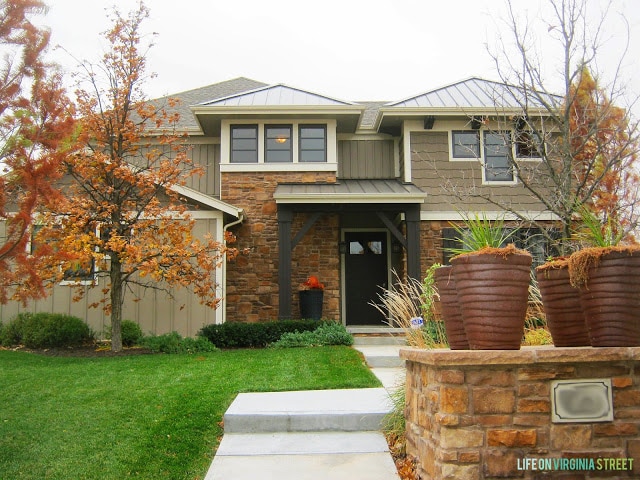 I’ve been gathering some fall planter inspiration photos on Pinterest {a Fall Planter + Decor Ideas board} so I can get to work on creating planters for both the pedestal out front as well as for the tall planter on our front porch.

I like the look of some taller grasses and/or branches mixed with pumpkins, gourds and kale. I don’t want to go too overboard because I know I’ll really want to do some Christmas planters come December and I’m not looking forward to pulling them apart again once winter arrives.

Have you started fall decorating yet? I’m guessing the planters may be all I get done this year – fall is always one of my busiest travel times for work so between now and December, I’m on the road a lot.  But in the spirit of the season, we’re headed to a haunted house with some of our neighbors next weekend 🙂