It was one of those project weekends. I had one goal: finish the three curtain panels in the office and do a full reveal on Monday. Easy right? Well I got 75% of two panels done, didn’t start the third, and then decided the French Linen Annie Sloan Chalk paint was no longer working on the office desk. It just seemed off with the rest of the room.

So, I pulled out the AS Dark Wax I used on my DIY “Wood” Bead Chandelier. Granted, the base color was different {French Linen vs Old Ochre} but it quickly started to give a more brown tone {which I needed in the office} and made it start to look more wood-like. I also liked how much better the new trim we had added stood out. 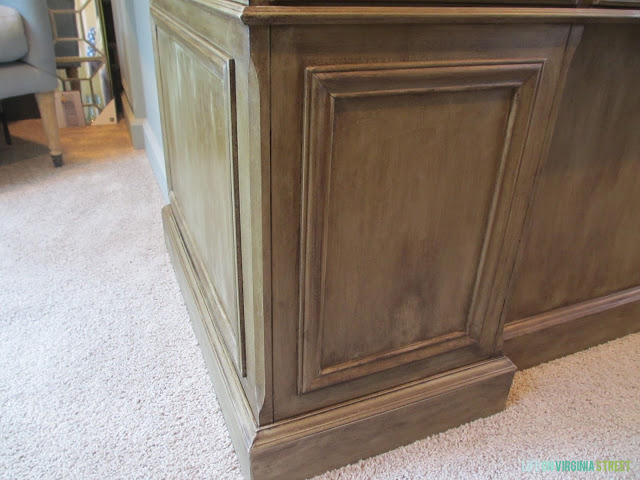 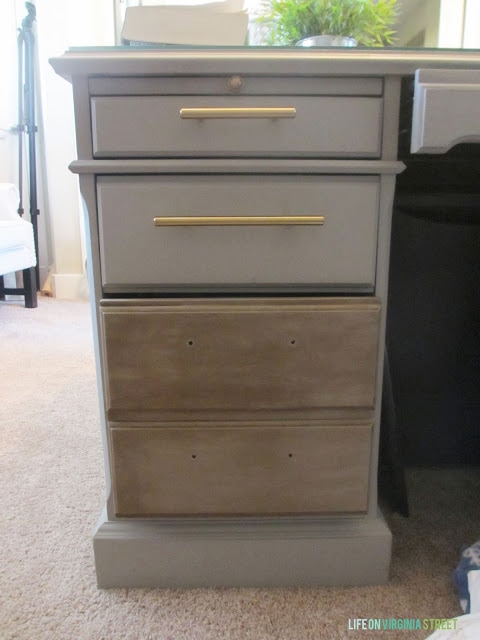 I was feeling good. Until my husband walked in the room and said I ruined the desk and it looked like a bad antiquing project from the 70’s. Okay?! I got about half of the desk completed. I liked the overall effect, but I quickly realized it was going to be too dark given the dark board and batten wall we had installed. Ugh. Time for another redo.

Early Saturday afternoon, I made the trek to the one store in Omaha that carries the Annie Sloan Chalk Paint. I knew what I was looking for: Old White. I actually wanted this color for the chandelier but they were out {although I love how the Old Ochre turned out}.

So, now I have less than half of one coat on, plus two coats on certain sections. That’s the great thing about chalk paint: it’s really not finicky about how you apply it. Here’s where I currently stand: 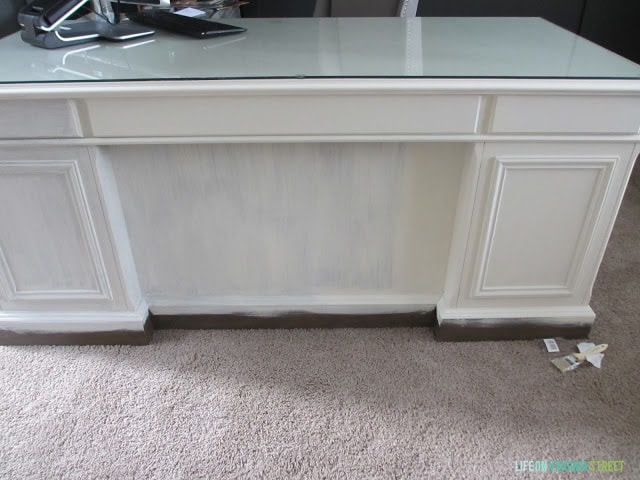 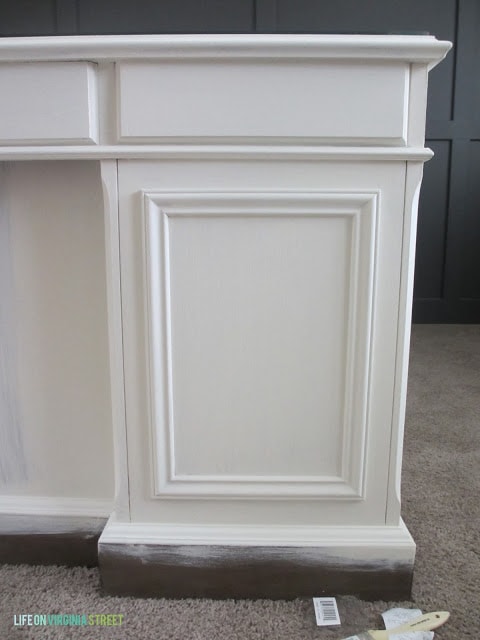 I think the white desk will be a great contrast to the dark wall and will tie in with the drapes I’m making perfectly!
The plus side to my trip for more chalk paint? I made a quick detour to a local department store. I had a 20 minute window to try on dresses for a work black-tie event I have in two weeks. I rushed in the store, tried on 8-10 dresses and bought one, all within 15 minutes. If you’ve read my blog for the past two years, you know this is a huge accomplishment, as it typically takes me a month and 100+ try-ons before I find something. Here’s what I ended up with. I can’t promise I won’t check out a few more stores, but at least I have something! My husband says it’s his favorite of all the ones I have ever bought…but he could have been trying to make up for the desk painting comments…
Maybe my older age is making me care less about finding the perfect dress and what others think. But then again, if that were the case, I probably wouldn’t be on round three of paint on the desk!
I’d promise a full reveal next week, but let’s be honest. This has already dragged on a month longer than it should have, so I am making no promises – but I’ll try!
107shares