After this post, I received a LOT of emails asking about when the next fabric sale would be {you all apparently love that Chenonceau as much as I do}. Even requests for sneak peaks to what I’ll be offering. With that, the next sale is scheduled! 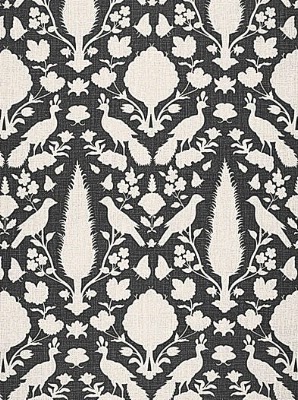 I’ve decided to change it up for this upcoming sale based on feedback from all of you. Instead of a Friday at noon sale, I have decided to try a Tuesday evening. In fact, it will be this coming Tuesday, 5/20 @ 7:30 pm Central time. Set you clocks!

This time around I will be bringing back some old fabrics but will be including a lot of new designer fabrics – and I will also do some fabric pairing suggestions, as I know some of you have asked for help with that in the past. Some of the prices will be insanely low and other will be just below retail – it all really depends on how much I had to pay for each of them and the discounts I was able to get when I bought them.

Not only will I have the Chenonceau, I’ll have some Betwixt {two colors!}, some Celerie Kemble Bleecker, more Windsor Smith Riad and Pelagos, Kelly Wearstler Imperial Trellis, Celerie Kemble Hothouse Flowers {in green!}, Schumacher Camberwell Vase, Schumacher Avebury Vine and lots more! So many amazing options and pairings to pick from.

I’m not sure when the next sale will be after the one next week {I didn’t realize how time consuming this fun little side-project would be} but I’ll try to hold one quarterly if not on a monthly basis. Not quite as frequently as I have done in the past but still every once in a while.

See you all Tuesday night!