I have a few project deadlines coming up, so I feel like I have been all over the board lately. Not to mention I spend most of this week in Las Vegas. Luckily, that is my last business trip for a month and I am this.close to wrapping up several projects.

There was some additional curing time on one of the big reveals so I won’t be able to wrap up that project until next weekend, but I hope it will be worth the wait. My husband has been insistent that I not start any new projects until wrapped up the 3,257 I still have left unfinished.

However, this weekend, in order to prep for one of the deadlines coming up, I painted our staircase to the basement {I convinced my husband it was actually finishing a project I started long ago}. Although our basement is unfinished, we literally go up and down these stairs multiple times a day to feed the cats. They have their own “bedroom” in the basement that they sleep in at night and its where they eat and their litter room is.

Needless to say, this staircase has been neglected. It was the old, flat paint and the walls were beyond scuffed and filthy. We had nails starting to pop and the texture was messy in spots. Behr Castle Path swooped in again for the rescue! 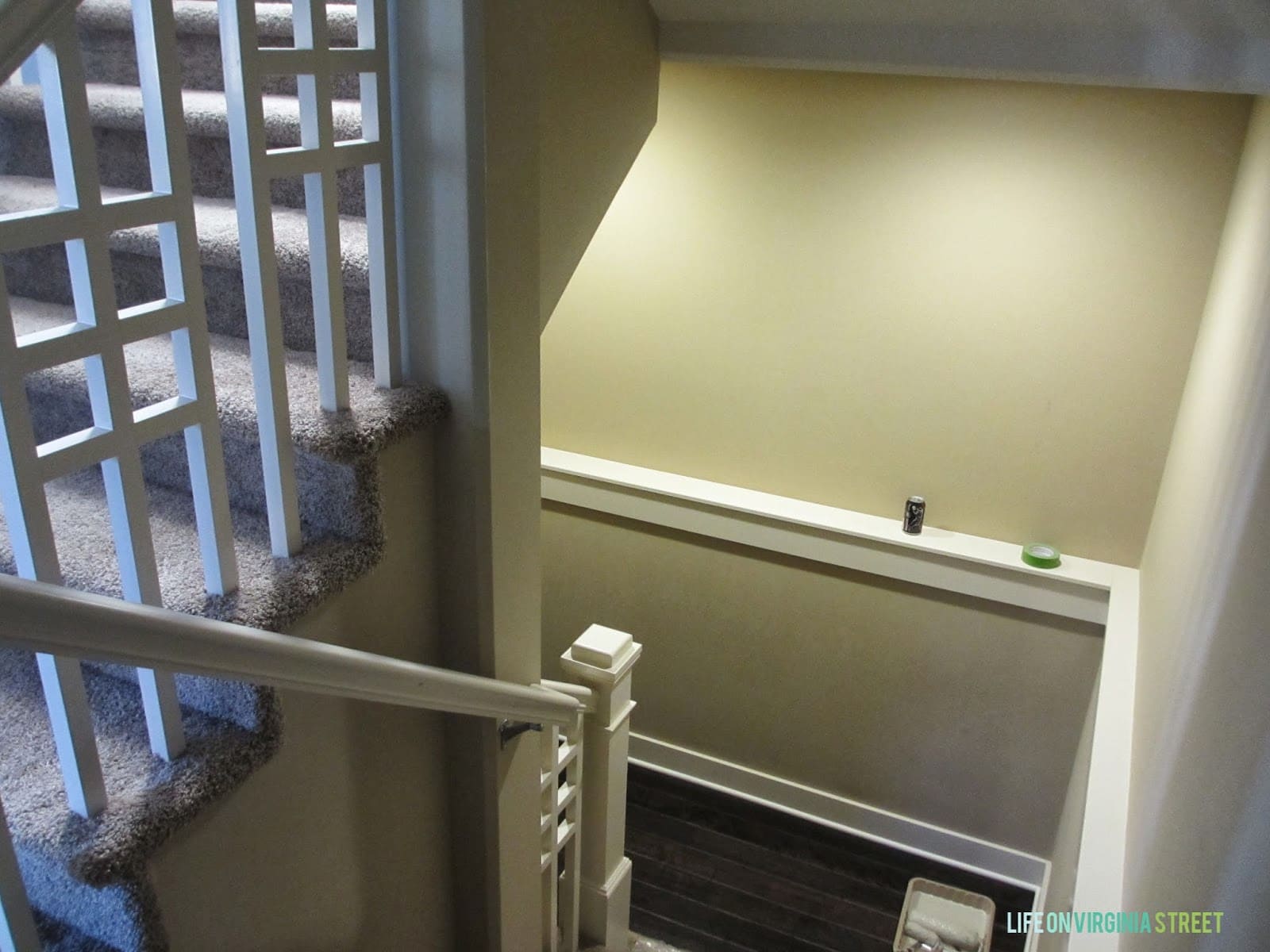 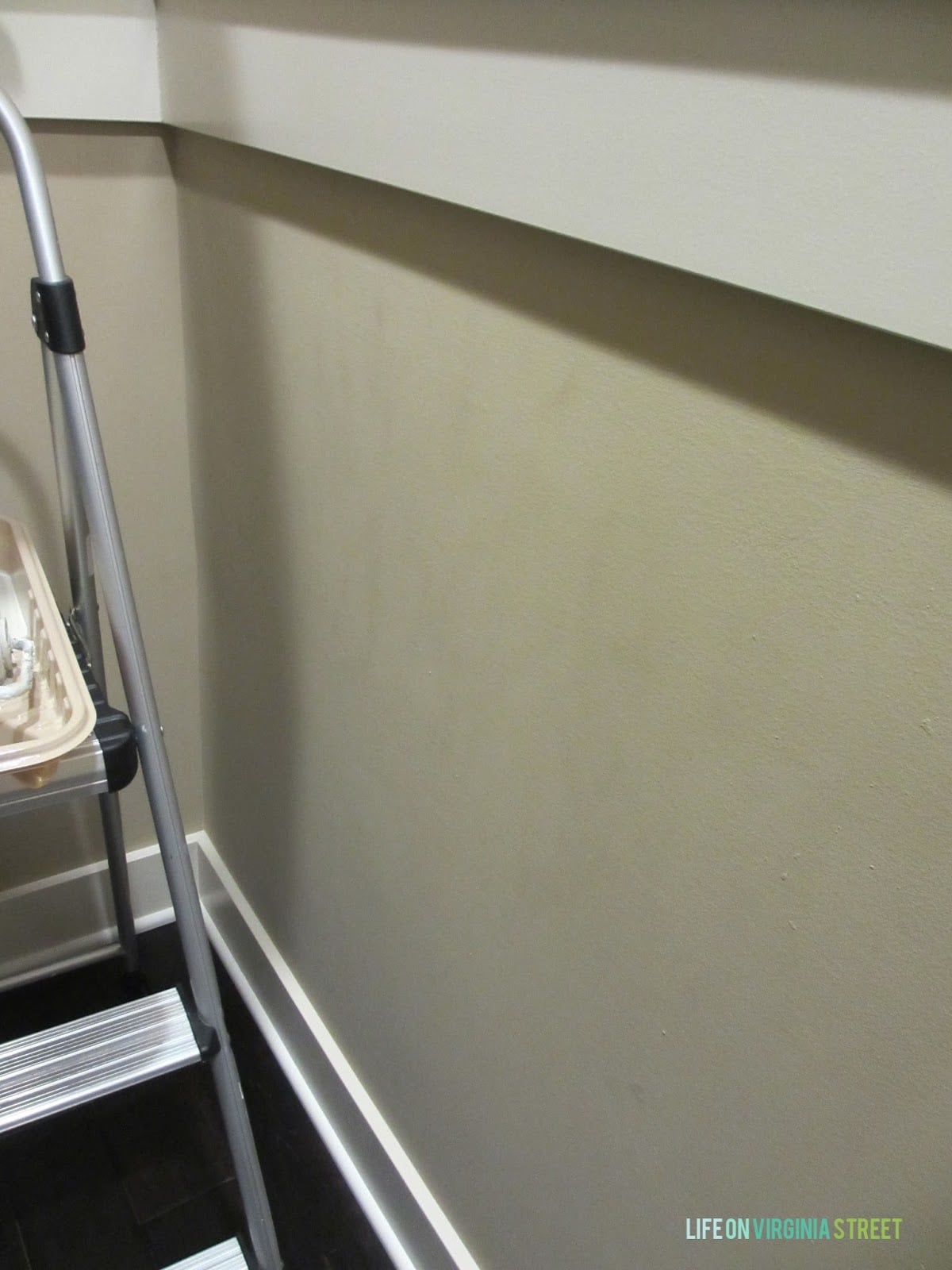 Here you can see all the walls had been painted except for the one on the left. 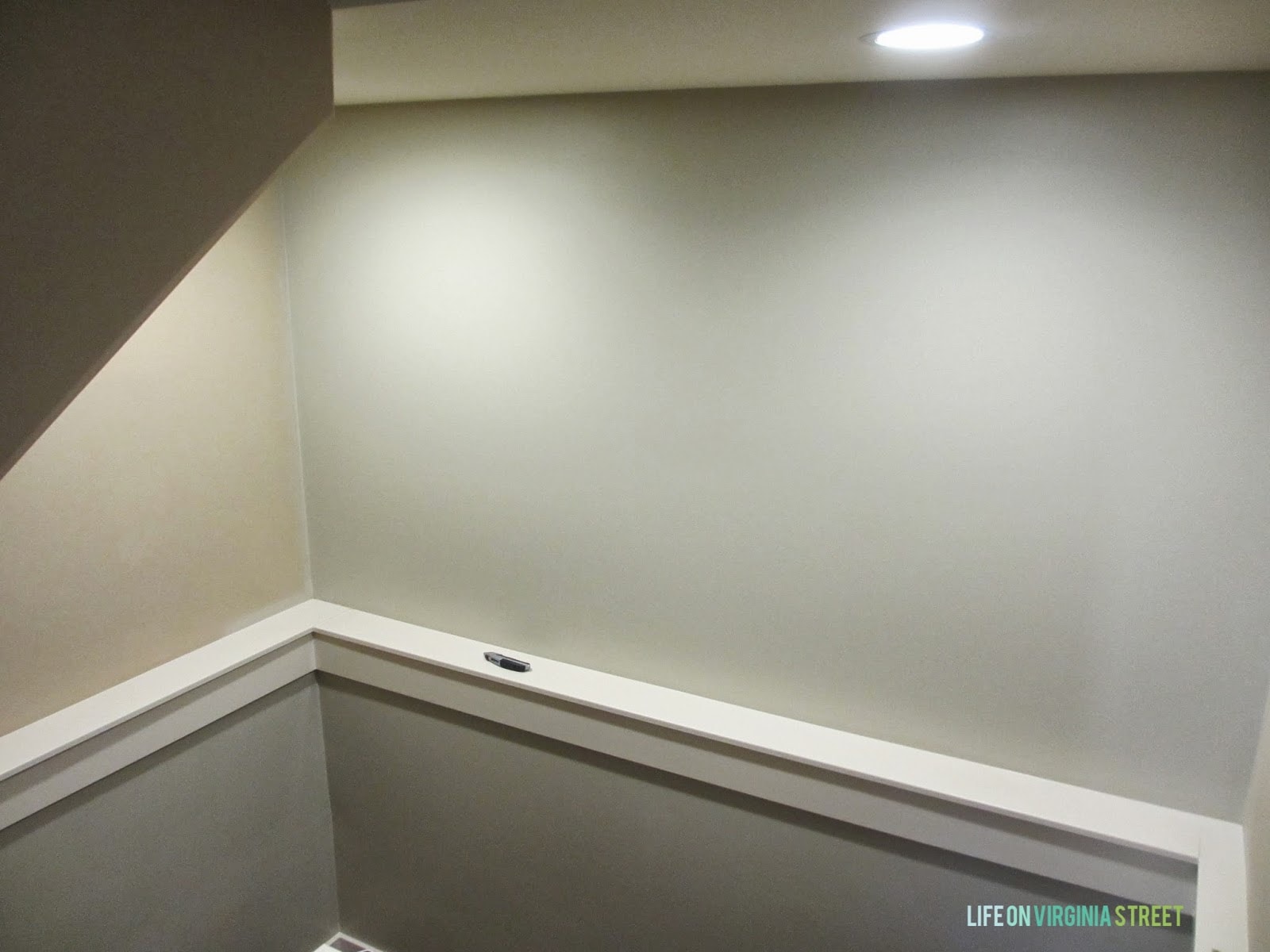 I then had to turn around and go back up the stairs. Turns out, I still had some of the Restoration Hardware Pale Silver around the upper arch. I knew it was there but I had been dreading a-framing the ladder. Yesterday was the day it got done {finally}! 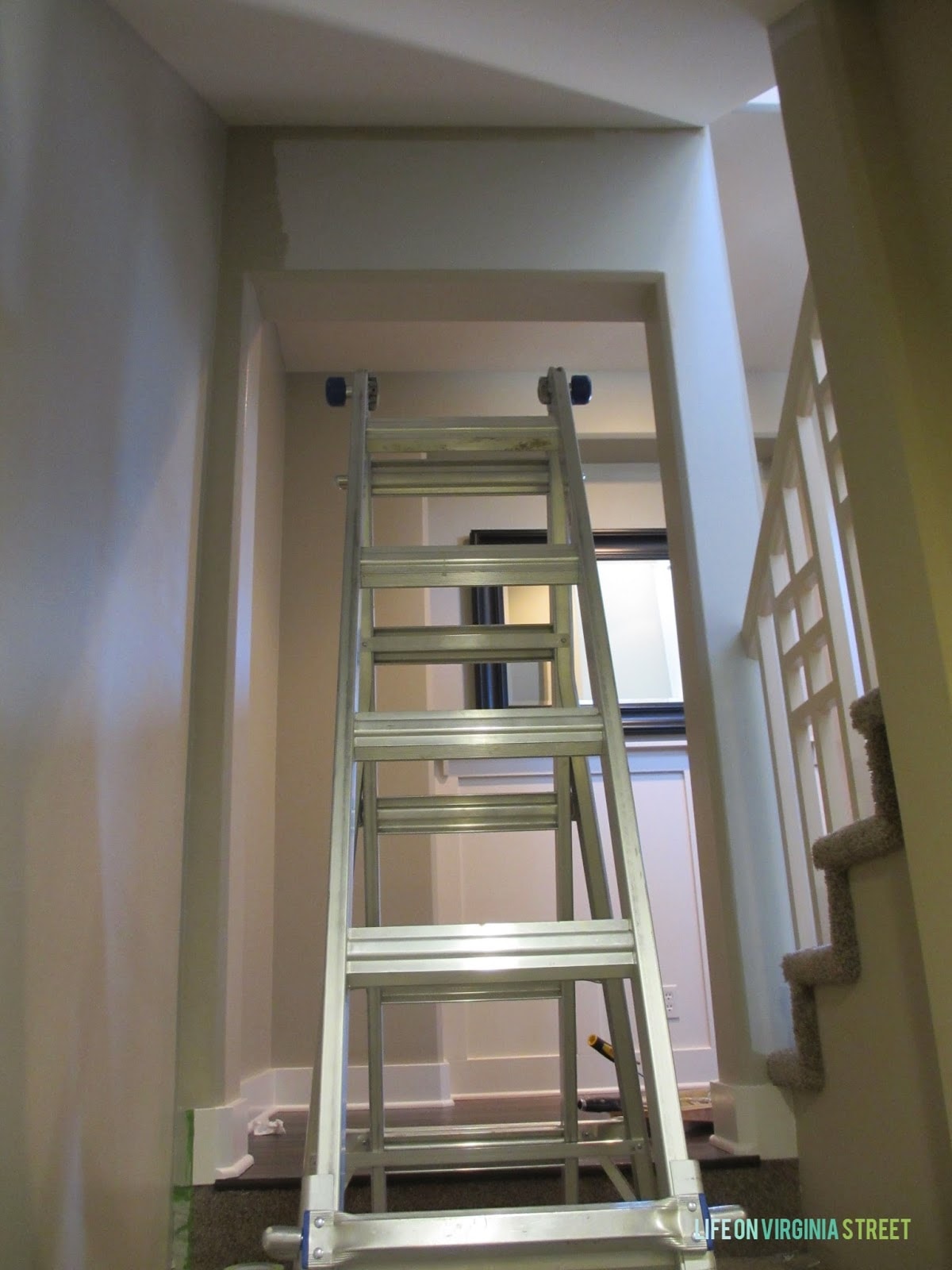 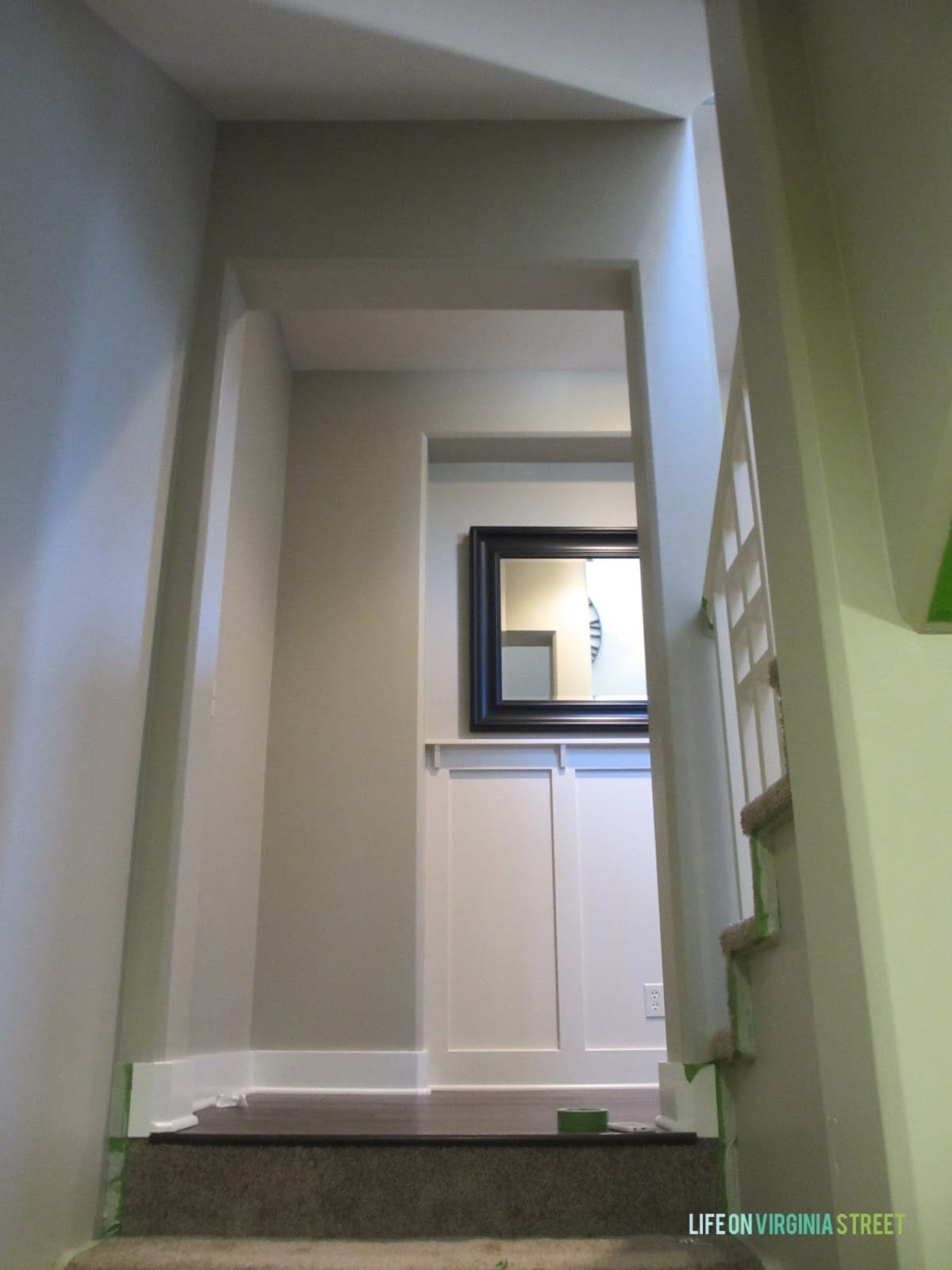 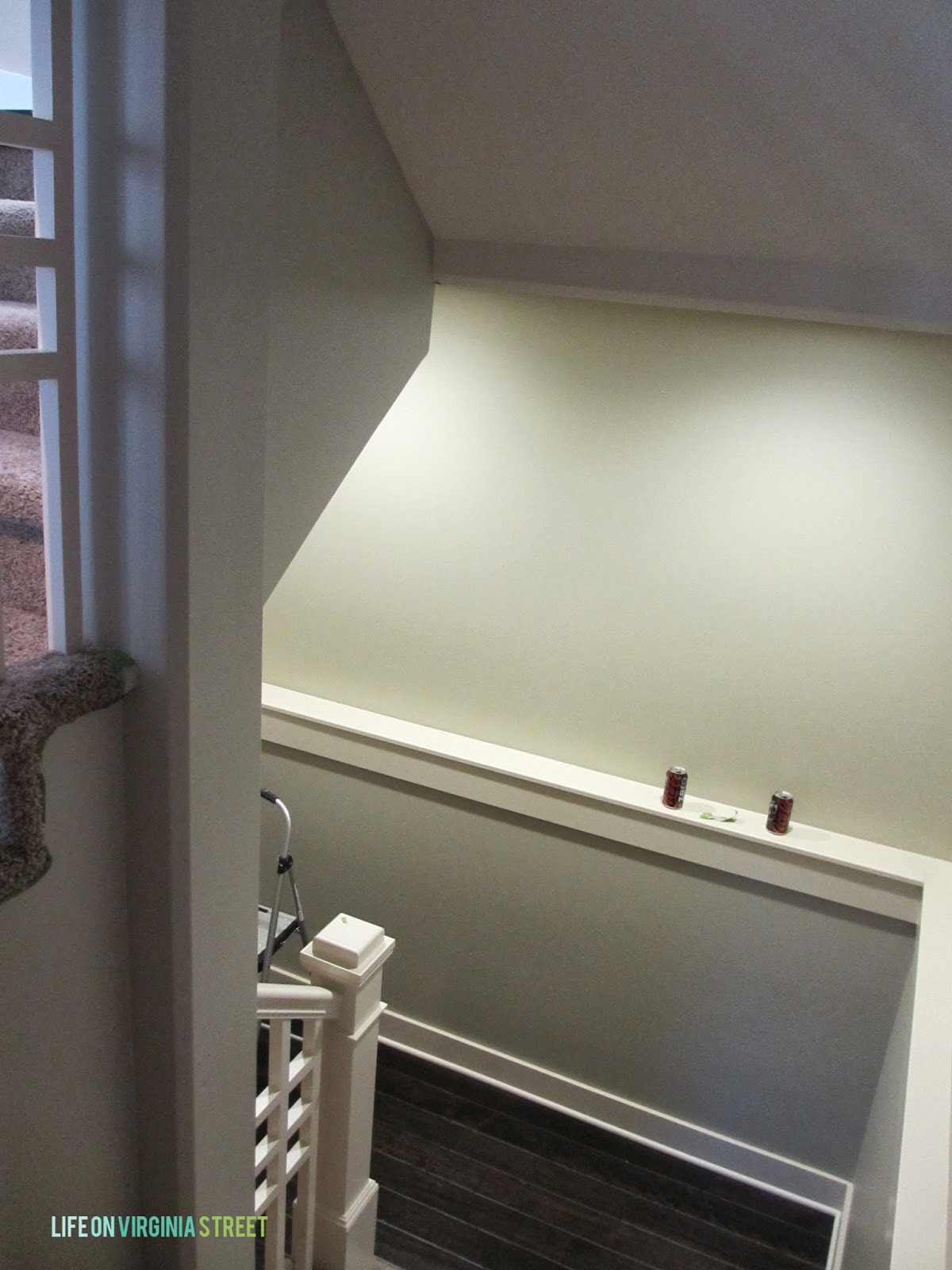 And yes, I was double-fisting Coke Zeros this whole project. Lots of fun headed the direction of this staircase in the coming weeks. It will longer be a boring stairwell!

Next up on the projects-that-have-taken-entirely-too-long list was finished a tiny section in our two story hallway. Yeah, I started this back in Decemeber. But, while we had our Little Giant ladder out, we had to get this done. And yes, I am still waiting to find the perfect two lights to replace these two. In the second photo you can see the tiny upper section I had to complete. Still not sure why I left that for three months. 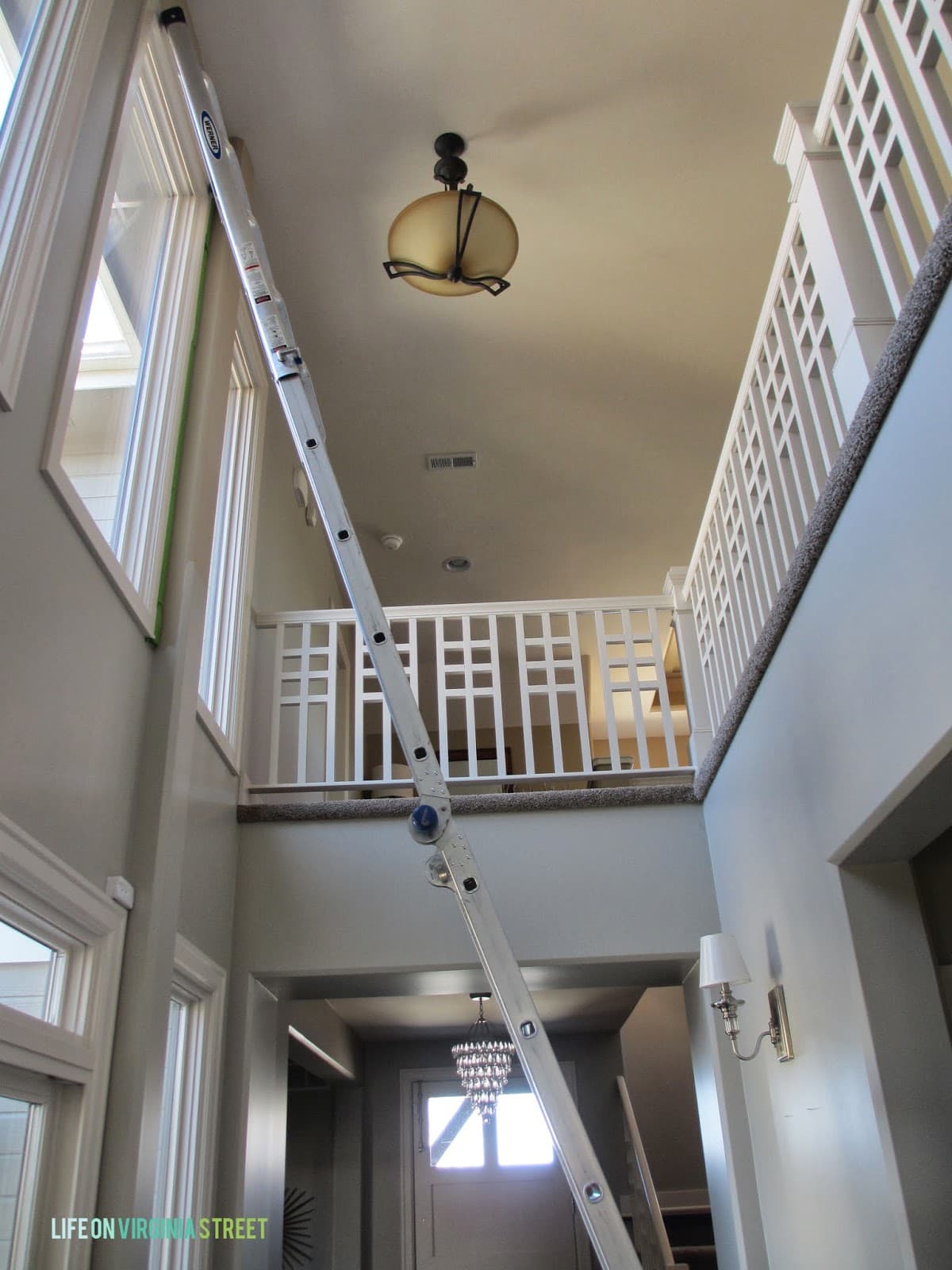 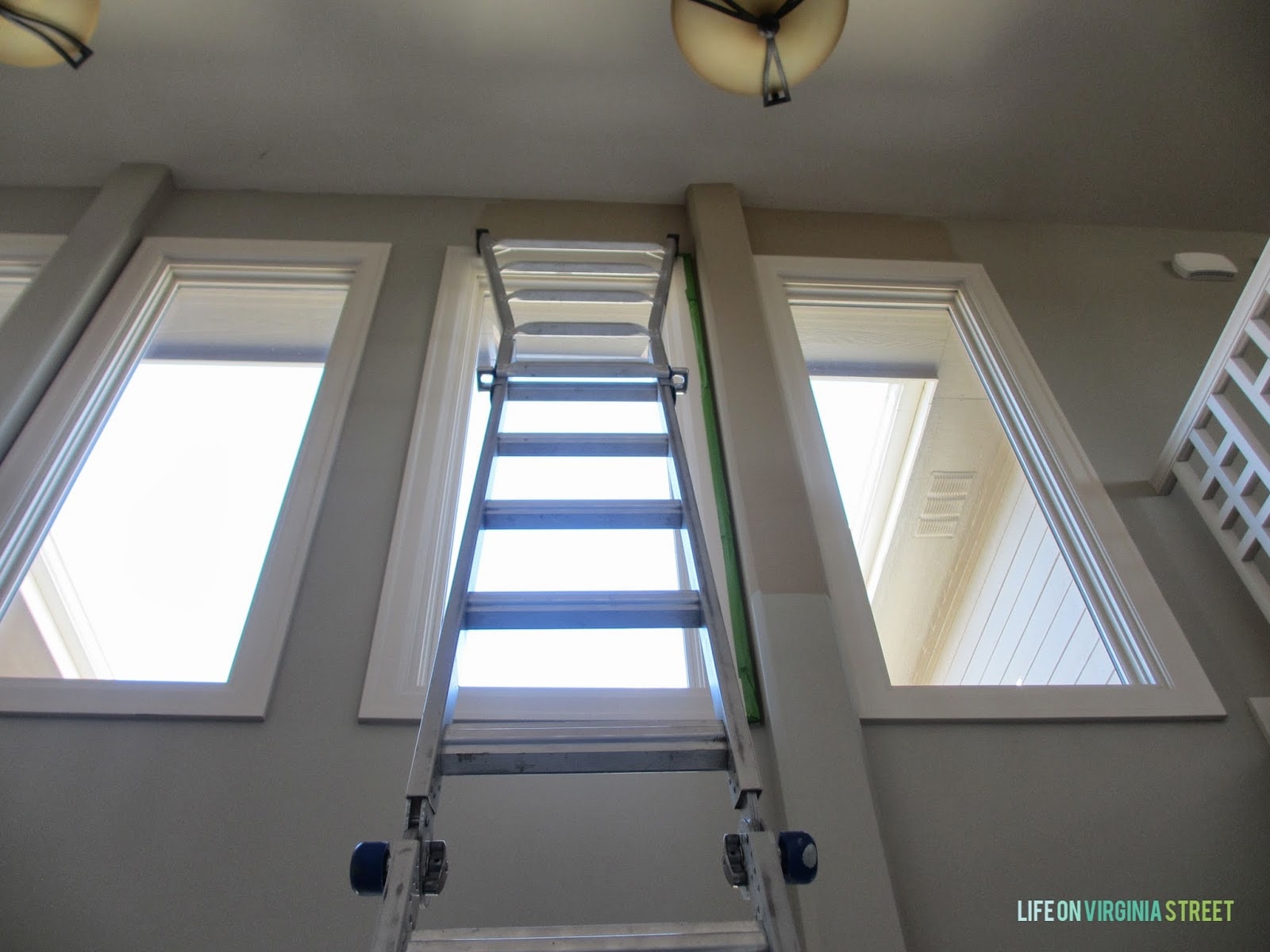 You’ll have to take my word on the fact that it is done – I forgot to take pictures afterwards. It looks a billion percent better now that I don’t still have that t-shaped section with the old paint. This area is now done!

Two more projects off the list. Soon I will be on to bigger and funner things {yes, I know funner is not a word, but it fits}!

Previous Post: « Popular Pins
Next Post: How to Pick the Perfect Paint Color and My Top Five Neutral Paint Picks »